An Open Letter to the State of New Mexico

For years I had made you the punch-line of my shitty place jokes.  I would tell friends things like, “Hey, don’t worry, moving to Michigan isn’t so bad.  At least it’s not New Mexico.”  Or: “I’m sorry to hear about the surgery on your exasperated butt cyst (true story).  You know what sucks worse though?  New Mexico.”  When debating about the worst state in the country, the usual contenders would always pop up (I’m looking at you Mississippi, Oklahoma), but I would always give my nomination: New Mexico.

I didn’t know any better.  I know that’s a poor excuse, but please heed my apology.

I should have known better.  My family vacationed in Taos when I was a wee little boy.  My family enjoyed it, but the experience was lost on me.  From Taos, I brought back the memories of sand, pueblo-style architecture, sand, and an unusually high frequency of roadside cross memorials.  That’s all that stuck with me about New Mexico.  I was eight years old.  I didn’t care about mountains, food, or culture.  Taos is what stood between me and my Legos.

My next return to New Mexico was passing through on I-40 on my way to Texas.  Some of my memories were confirmed.  There was in fact quite a bit of sand.  But from the interstate, I was not impressed.  Driving through Albuquerque, I remember thinking, “Hmm… Albuquerque is kinda neat.  It’s like a bigger version of Tucson, but without anything cool.”  A couple hours later, I was stranded in Clovis with a flat tire during a thunderstorm.  “I hate you, New Mexico.  You’re as bad as I had always imagined.” 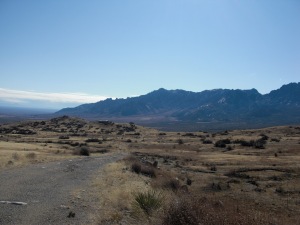 The peaks east of Las Cruces.

But no.  You’re awesome.  And out of all the places that could have possibly taught me that, it was Las Cruces.  Perhaps it was the formidably jagged peaks to the east of the skyline.  Maybe it was the sound of “White Sands National Monument” and “Carlsbad Caverns.”  But something about Southern New Mexico said, “Quack, you don’t know shit about New Mexico.  Get off the damn interstate.”  And so I did. 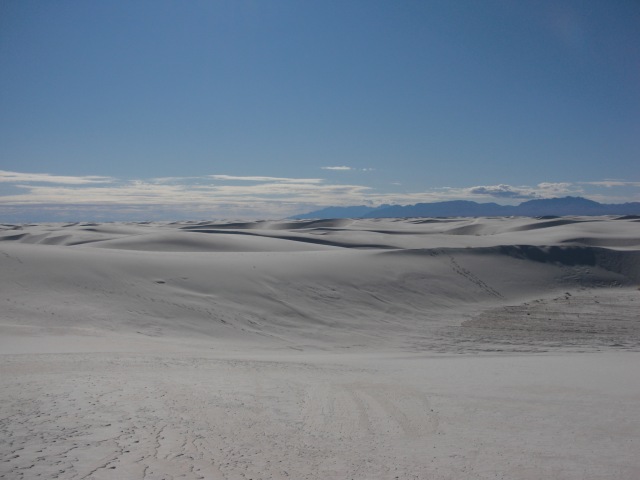 However, geography can only go so far.  Yes, the Taos Mountains are beautiful.  Sure the Rio Grande Gorge is frightening.  The desert alpine ecosystem is enticingly peculiar.  All these things add up to a pretty fun experience.  But what really seals the deal, New Mexico, what really makes you special is the attitude.  It’s being welcomed into your capital building to view galleries of local art.  It’s the bushels of chili peppers hanging from doorways.  It’s the free coffee at the state welcome center, and the smiling employees who know exactly how to help you enjoy their homeland. 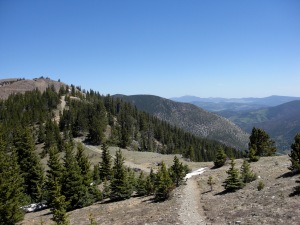 Within the New Mexico psyche is an understanding of cultural history.  While some states like to bury their pasts under the guise of Manifest Destiny (I’m looking at you, Arizona), you know who you are and who you’ve been.  You accept that you’re the intersection of Native American, White American, Mexican, and Spanish influence, and you build a unique identity out of it that comes through in the pueblo homes poking out of hillsides by Santa Fe, the green chili beer of Taos, the artists’ commune, the best Mexican food I’ve ever had in Las Cruces, and even the tacky freeway overpass designs that bring color to our commute.

New Mexico, you rock.  I will always look forward to passing through you, even if I have to drive through Lordsburg on the way.  Please accept my apology. 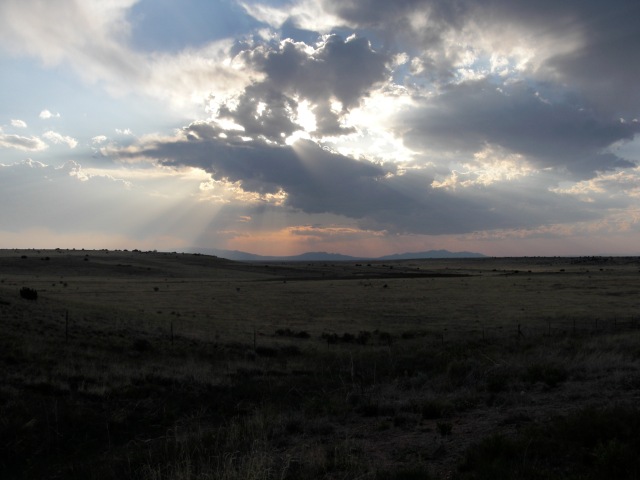 You can never truly judge a place you’ve never been.  And even if you have been, you’ve never truly been until you’ve walked around, eaten a burrito, and hugged a tree.  I cannot even begin to list all the places I assumed were crappy that were actually pretty neat.  For the record, Oklahoma is one of them.

Just another bonehead with an internet connection.
View all posts by Doctor Quack →
This entry was posted in Travel and tagged Las Cruces, New Mexico, Santa Fe, Taos. Bookmark the permalink.